Alcoholism and Depression:
A Deadly Combination 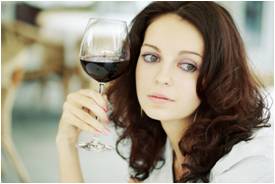 Unfortunately, in many cases alcoholism and depression go hand in hand with up to 50% of alcoholics suffering with major depression. It is truly a double edged sword as one feeds the other. Depressed individuals tend to self medicate with alcohol which ultimately leads to alcoholism. Conversely, heavy drinking or alcoholism tends to lead to depression because alcohol is a depressant.

In a study done by the American journal of Epidemiology, “Study Links Depression and Alcohol Problems”, it was suggested that in men alcohol comes before the depression where in women the depression came before the alcohol use. In either case, they usually show up together.


Effects of Alcoholism and Depression 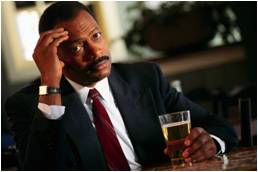 The initial consumption of alcohol results in the lowering of inhibitions, more energy, more talkative, relaxed, impaired judgment, decreased reaction time and alertness. Also feelings of sociability, elation and a higher level of confidence and self esteem come into play. As the consumption of alcohol continues the effects worsen and include slurred speech, impaired vision, nausea, and vomiting. A significant decrease in motor skills is experienced which results in staggering. Emotions are also exaggerated which can lead to impulsive crying or even crime and violence. All of these effects are dependent on the individuals blood alcohol concentration levels. See the table below for more details.

Prolonged use of alcohol can lead to serious physical and psychological damage. From a physical perspective, alcohol can have an irreversible effect on the brains central nervous system, causing brain atrophy. Excessive fat accumulates in the liver which becomes scar tissue over time – leading to cirrhosis. Cirrhosis is the 6th leading cause of death in adults in the U.S. It also decreases testosterone in men. Heavy drinking also leads to ulcers in the stomach and/or cancer of the stomach, mouth, tongue and esophagus. Ultimately, excessive alcohol use can lead to death. 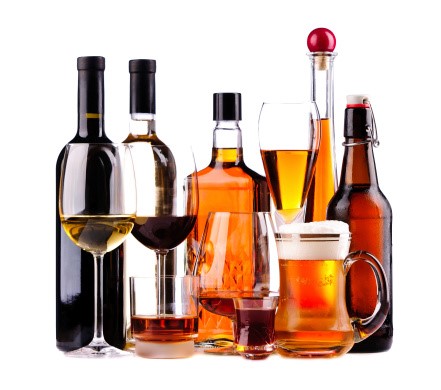 As a therapist, there are some key questions that I ask to assess possible alcohol dependence. They are as follows: Have you ever thought that you should cut down on drinking? Have you ever felt annoyed when others criticize your alcohol consumption?

In my experience working with clients, I see variations of alcoholism and depression. There are “die hard” alcoholics and “social” alcoholics. The die hard alcoholics are the ones that drink excessively every day. They hide alcohol around the house and in their cars. They disguise alcohol by pouring it in other non-alcoholic containers. Their use of alcohol effects their everyday life – calling in sick to work, missing appointments, and forgetting to pay bills. In addition, their relationships are significantly damaged.

The social alcoholics are those individuals that drink excessively in social situations. Because of the excessive consumption they may drink in the morning to avoid a hangover. They may have regrets about their behavior the next day. However, unlike die hard alcoholics, they are able to handle everyday responsibilities without a problem. They show up and excel at work, they pay their bills on time and the like. The problem with social alcoholics is that they don’t think they are alcoholics when, in fact, they are. It simply manifests itself differently. Both are equally dangerous to our health and long term viability. Both are dangerous when combined with depression. Both can lead to suicide if left untreated.

Symptoms of Alcoholism and Depression

If the symptoms of alcoholism exist then it’s important to look for symptoms of depression as well. Alcoholism and depression goes together so it's important to recognize the depression symptoms as well. These symptoms include intense sadness, hopelessness, sense or worthlessness, changes in sleep or appetite, loss of interest in things that are typically enjoyed, having thoughts or fantasies of suicide. You can check this website out for other symptoms of depression. When I have clients where alcoholism and depression co-exist it results in a dual diagnosis and is known as co-morbidity. Co-morbidity is when two disorders or illnesses exist in an individual at the same time. The two disorders or illnesses interact with one another, affecting the prognosis and, ultimately, the treatment plan that is needed to help the client recover. In these cases, both conditions must be addressed and treated simultaneously.

Alcoholism and Depression: The Risk of Suicide

It is important to note that alcohol and depression are a deadly combination! According to the American Journal of Public Health a researcher, Dr. David Hemenway, M.D., discovered that there are over 30,000 suicides in the U.S. each year. Also the risk of suicide is heightened because alcohol makes depression worse and affects the sense of reality and the ability to make rational decisions.

Even excessive social drinkers have a higher risk of suicide where they two (2) times more likely to attempt suicide than non-drinkers. Alcohol exaggerates the depression and increases impulsiveness and impairs judgment. Couple this with severe depression and you have a recipe for disaster.

Alcoholism and depression, while a dangerous combination, is treatable! If you, or someone you know, are suffering with depression and alcoholism then I strongly recommend that you seek professional help. A professional can provide a proper, thorough diagnosis and treatment plan so that you can be well on your way to recovery.

Return From Alcoholism and Depression to Depression Test Home Page
[?]Subscribe To This Site