Lexapro vs Zoloft
How Do They Compare? 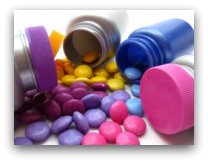 Many people compare Lexapro vs Zoloft. Both of these medications are selective serotonin reuptake inhibitors, commonly referred to as SSRI’s. Lexapro and Zoloft are both commonly prescribed to treat major depressive disorder or MDD. However, there are some significant differences between these medications.

Why They Are Prescribed

Lexapro is manufactured by Forest Laboratories and was put on the market in 2002. This medication is used for both adolescents and adults to treat major depression and generalized anxiety disorder.

Zoloft is manufactured by Pfizer and was introduced in 1991. This medication is used for both adolescents and adults to treat both major depression and generalize anxiety disorder just like Lexapro. However, Zoloft is also prescribed to treat obsessive compulsive disorder, social anxiety disorder, premenstrual disorder, panic disorder and post traumatic stress disorder. So Zoloft is used for many more disorders than Lexapro. Also, it has been on the market a lot longer as well.

When looking at Lexapro vs Zoloft in terms of side effects, they are very similar. This is because they are both SSRI’s so they behave the same way and have similar effect on people that take them. These side effects include the following:

There is more comprehensive information about Lexapro side effects and Zoloft common side effects here on my site. 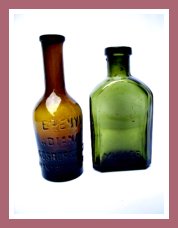 Both of the medications are classified as a Category C which basically means that they have been tested on pregnant animals, such as rats and rabbits, and that these tests indicate that there is a risk to the unborn baby. There have been very few clinical studies done on pregnant women particularly in the first and second trimesters. Most of the studies that were done were mainly with women in their third trimester. In these cases, looking at Lexapro vs Zoloft, they are both equal. Evidence has indicated that babies who are exposed to an SSRI like Lexapor and Zoloft are at greater risk of serious complications such as the need for tube feeding, respiratory issues, tremors, seizures, inconsolable crying – things that may require hospitalization.

You can learn more about Zoloft in pregnancy and Lexapro and pregnancy here on my site.

There is a lot of information about Zoloft and breast feeding. In terms of nursing, studies were done for both Lexapro and Zoloft, it was determined that when taken by the mother, only small traces of the medication was ingested by the infant. However, keep in mind that both of these medications may impact lactation.

Learn more about this topic by going to my pages: alcohol and Lexapro and Zoloft and alcohol

One of the most important precautions when considering an SSRI is that it cannot be taken within 14 days of an MAOI (ie. Nardil). If you take them within 2 weeks of each other it can lead to serious complications such as serious fluctuations in vital signs, confusion, extreme irritation, becoming delirious or even slipping into a coma.

So, when comparing Lexapro vs Zoloft, they are very similar in nature because they are both SSRI’s. However, this is a difference in terms of what they treat (Zoloft treats more disorder) and how long they have been on the market. The side effects, while similar via the studies, will vary from person to person. So, keep that in mind as you are trying to make your decision on the treatment of choice.